Welcome to the home of the ZCHS Orchestra!

Learn More about benefits of Music Education in Schools

HOW CHILDREN BENEFIT FROM MUSIC EDUCATION IN SCHOOLS

WHAT DO UNIVERSITIES SAY ABOUT MUSIC

Senior trip pictures are under our media area!  Click HERE

Our winter concert is coming up on February 27th at 7pm.  We will have a guest artist, Derek Reeves, who will be working with our students during school and performing at the concert.

Mr. Reeves, a graduate of Indiana University, has played and soloed with orchestras throughout the United States, Europe, and Japan.  Born in Okinawa, Japan, Reeves began his musical studies at age 2½ and made his Carnegie Hall debut while still in high school. At Indiana University, he earned Bachelor and Master of Music degrees in Violin Performance and served as Concertmaster for four of the school’s five orchestras. He also served as Concertmaster of the Columbus (Indiana) Philharmonic and as Associate Concertmaster of the Evansville Philharmonic. Reeves won the Detroit Symphony Orchestra fellowship in 1997 and performed with that orchestra for two years. He has been Associate Concertmaster of the Charleston Symphony Orchestra and was a member of the New World Symphony in Miami Beach. Reeves is director of Club O, The Phil’s educational outreach at the Fort Wayne Boys and Girls Club, and also serves as adjunct faculty at IPFW.  He enjoys running, yoga and biking, and resides in Fort Wayne with his wife Patricia, and son Preston. 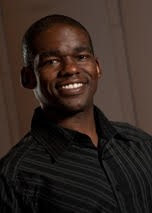 Tickets are $5 and available online at the Zionsville Star Bank Performing Arts Center.